Galaxy Gives Announces the Launch of its Galaxy Leader Fellowship 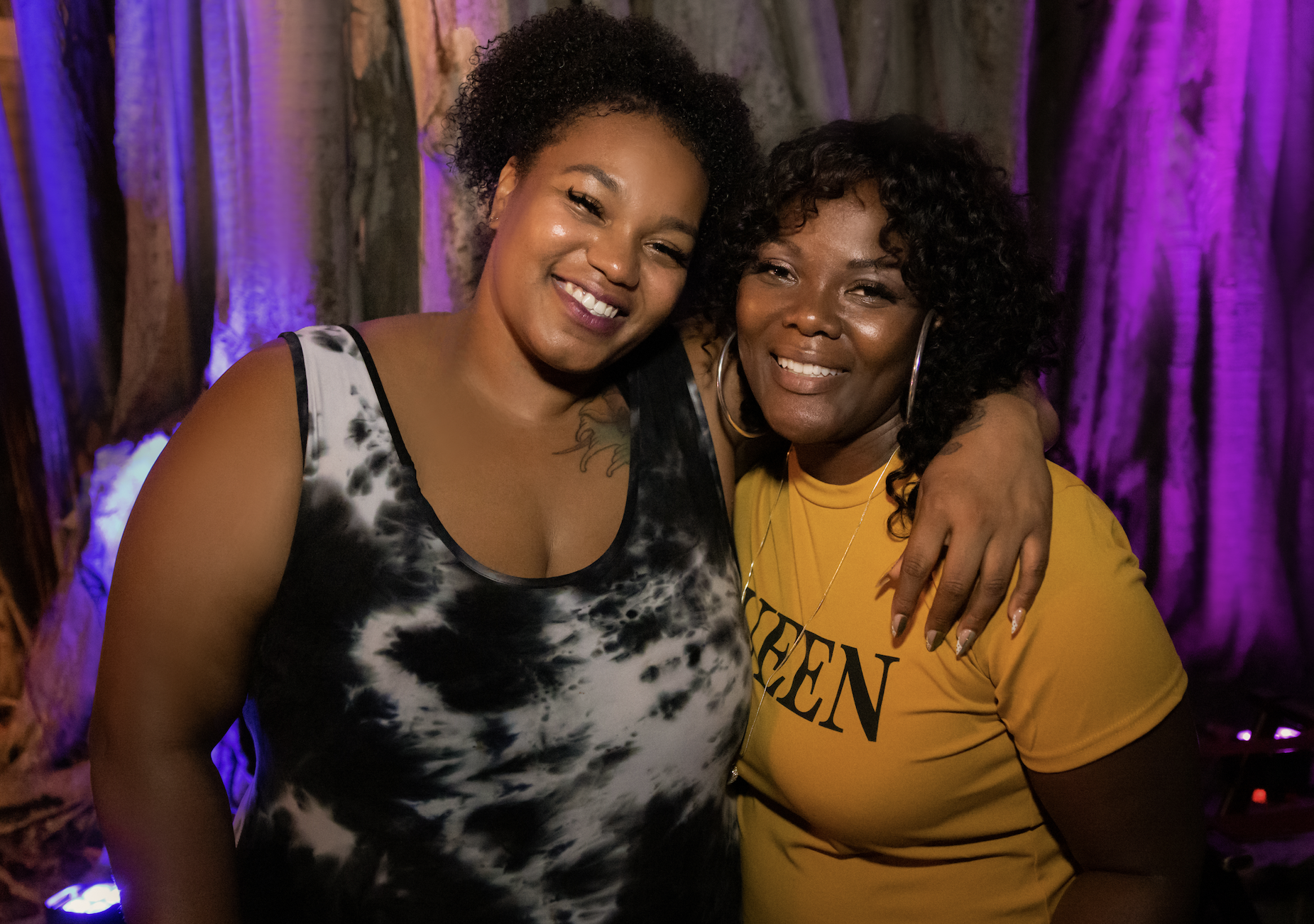 The First-of-its-Kind Program Centers the Bulk of its Support on the Strategic Vision and Leadership of Directly Impacted Leaders--Survivors of Crime, Returning Citizens, and Family Members of Incarcerated Individuals

NEW YORK (September 14th, 2021) -- Galaxy Gives, the philanthropic entity of the Mike and Sukey Novogratz Family, proudly announces the second cohort of its Galaxy Leaders Program. Launched in 2019, the program has provided more than $3,500,000 to support 20 advocates in their dedication to realizing the promise of America’s democracy through the dismantling of the nation’s reliance on incarceration and criminalization. Of the leaders who have been named to the program across two cohorts--the first cohort’s time was extended a year because of the pandemic--some 90 percent have been incarcerated, are survivors of crime, or provided primary support for a close family member who was incarcerated.

All of those awarded have demonstrated extraordinary leadership despite the challenge of limited resources. Between 2019 and 2021, Galaxy Leaders led varied efforts across the country to end mass incarceration. For example, Marilynn Winn, who founded Women on the Rise, succeeded in closing the Atlanta City Detention Center and repurposed it as the Wellness and Freedom Center to support people experiencing homelessness, mental illness, and extreme poverty.

“The Galaxy Leader Award is neither specifically an individual fellowship nor an organizational grant,” explained Alex Duran, who manages both the program and the Foundation’s criminal justice portfolio. “We think of it as a third way of support because it provides not only financial resources for existing work, but also supports ongoing professional development training, personal wellness, and experiences as desired by a given leader. Our goal is to engage  leaders holistically, as more than the outcome of any given campaign or initiative.”

Bianca Tylek, who received a fellowship in 2019 as part of the Galaxy Leader Fellowships inaugural cohort, added, “I’m so proud to be a Galaxy Leader and be in community with other incredible individuals who are spearheading transformational work in the criminal justice space. This is such a critical time to demand change and advance policies that honor and protect those who have been impacted by our carceral system.”

“Mass incarceration affects all Americans. Every dollar put into maintaining a business that keeps putting out a defective product, year after year, needs to be shut down,” said Mike Novogratz, founder of Galaxy Gives. “Imagine if the billions of dollars spent in propping up this failed system were spent on creating affordable housing, funding quality public education, building out green spaces, making healthcare accessible, and creating jobs with living wages.”

Home to roughly five percent of the world’s population, the United States is also home to nearly 25 percent of its incarcerated population; on any given day, almost 7.7 million people are barred from multiple civil liberties, including the right to vote, based on their conviction history. Galaxy Gives exists to disrupt these numbers.

In terms of their grant strategy looking ahead, Galaxy Gives has committed to investing half of its new criminal justice reform grants in support of organizations envisioned and led by Black women as a means to elevate the full expanse of work Black women in this space have done.

Brittany White is an organizer, strategist, and trainer at Faith in Action, mobilizing the faith community to fight for ending mass incarceration and the scourge of gun violence in the United States. Brittany’s work centers on the unique experiences of women and how our criminal legal system impacts them.

Ebony Underwood is the founder & CEO of We Got Us Now, engaging, educating, elevating, and empowering children and young adults impacted by parental incarceration. He does this through the use of digital narratives, safe spaces & advocacy-led campaigns to ensure their voices are at the forefront of strategic initiatives, practices, and policies that will help to keep their families connected, create fair sentencing, and end mass incarceration.

Jacinta Gonzalez is a Senior Campaign Organizer with Mijente, focusing on ending the criminalization of immigrants. Previously, Jacinta was the lead organizer for the New Orleans Workers’ Center for Racial Justice Congress of Day Laborers. In Louisiana, Gonzalez helped establish a base of day laborers and undocumented families dedicated to building worker power, advancing racial justice, and organizing against deportations in post-Katrina New Orleans.

Rev. Jeannie Alexander is the director of No Exceptions Prison Collective, working on the un-caging of our loved ones, family members, ourselves, neighbors, and friends through a combination of litigation, legislation, and grassroots movement building. She collaborates with prisoners, free world individuals, houses of worship, and other like-minded organizations.

Katie Schaffer is the director of organizing and advocacy at Center for Community Alternatives, focusing on community-based alternatives to incarceration and policy advocacy to reduce reliance on incarceration. Before that, she was the New York State Organizer for JLUSA and coordinated the statewide #FREEnewyork campaign for bail reform and pretrial justice, which won a historic victory in April 2019.

Richard Wallace is the founding executive director of Equity and Transformation (EAT), working to shape policies at the local and national levels for people in the informal economy. In 2019 EAT played a vital role in recreational cannabis legalization in Illinois. The policy EAT informed became the first recreational cannabis policy to incorporate reparations for the war on drugs.

Robert "Saleem" Holbrook is the executive director of the Abolitionist Law Center (ALC), working to end race- and class-based discrimination in the criminal justice system.  He has also led ALC’s campaigns against death by incarceration, solitary confinement, and state violence. Robert was released from prison in 2018 after spending over two decades incarcerated for an offense for which he was convicted as a minor.

Romarilyn Ralston is program director of Project Rebound, supporting the higher education and successful reintegration of the formerly incarcerated with a vision that higher education disrupts the revolving door practices of mass incarceration. Romarilyn is a Black feminist prison abolitionist scholar working to interrupt criminalization at the intersections of race, gender, and education.

Rodreshia Russaw is the executive director of The Ordinary People Society (T.O.P.S.),  fighting for reproductive justice rights in Alabama. She has dedicated her life to attacking the crises of domestic violence abuse and mass incarceration.

Adnan Khan is the executive director of Re:Store Justice, working with currently and formerly incarcerated people, survivors of crime, district attorneys, and the community to reimagine our justice system. While incarcerated, Adnan inspired, launched, and worked on the Felony/Murder rule legislation (Senate Bill 1437). The bill passed, and after serving 16 years, in January 2019, Adnan was the first person re-sentenced under the bill he helped create.

Bianca Tylek is the founder & executive director of Worth Rises, combining her direct experience with the criminal legal system and financial and legal services expertise to challenge the prison industrial complex. In New York City, Bianca drafted the young adult plan that eliminated solitary confinement for young adults 21 years old and younger—a first in the nation.

Erin Leigh George is the national campaigns manager at the Clean Slate Initiative, advancing policies to automatically clear criminal records in states across the United States. She has dedicated her career to ending criminalization, mass incarceration, and racial injustice through grassroots policy campaigns and legislative advocacy.

Jerome Dillard is the executive director of Ex-Incarcerated People Organizing (EXPO), working to eliminate all forms of structural discrimination against formerly incarcerated people and restore their full participation in civic, political, and social life.

Johnny Perez is the director of the U.S. Prisons Program for the National Religious Campaign Against Torture, working to end solitary confinement in the United States. Through his leadership, Johnny adds value and strategic insight to building the capacity of faith leaders and directly impacted communities to engage in education and legislative advocacy across the United States.

Jose Saldana is the executive director of the Release Aging People in Prison Campaign (RAPP), working to end mass incarceration and promote racial justice by releasing older people in prison and those serving long-term prison sentences. Jose has committed himself to organizing and advocating for meaningful criminal justice reforms, including prison reform, parole reform, sentencing reform, and racial justice.

Marilynn Winn is the co-founder and executive director of Women on the Rise, working to reduce the number of women under correctional control in the state of Georgia. Through her work, Marilynn develops leaders and builds political power to wage campaigns and win abolitionist reforms to the criminal legal system while demanding justice, dignity, and liberation for all.

Raymond E. Greene, Jr, is the founder and executive director of The Freedom ROC, building Black leadership and political infrastructure in Black communities through civic education and engagement, leadership development, and economic reinvestment in Ohio.

Galaxy Gives is the philanthropic entity of the Mike and Sukey Novogratz Family, which invests in nonprofits, mission-driven companies, and media to take down barriers created by structural poverty, oppression, and racism and to maximize opportunity and human flourishing for all. Galaxy Gives most significant areas of impact and investing include justice reform, youth development, leadership, and impact investments. To learn more about Galaxy Gives, visit www.galaxygives.com or follow on Twitter and Instagram @galaxy_gives.