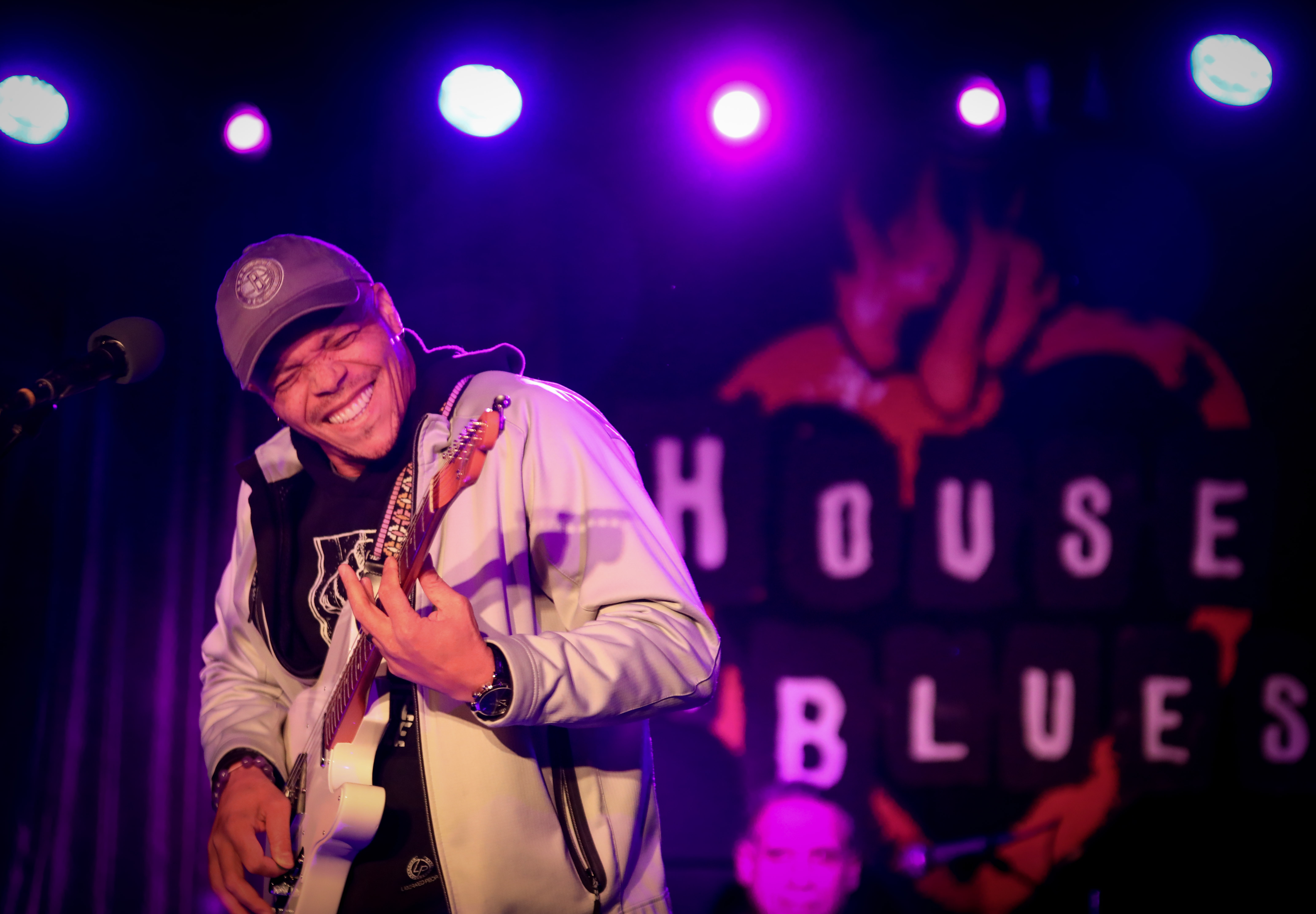 Program Centers its Support on the Strategic Vision and Leadership of Directly Impacted Leaders—Survivors of Harm, Returning Citizens, and Family of Incarcerated Individuals

Launched in 2019, the fellowship program has provided more than $3.5 million to support nonprofit leaders and advocates in their efforts to heal systematically disinvested communities, reduce the impact of crime and over-policing, and break America’s reliance on incarceration and criminalization disproportionately affecting Black and Brown communities. More than 90 percent of previous Galaxy Leaders Fellows have been incarcerated, are survivors of harm, or provided primary support for a close family member who was incarcerated. That track record has been extended in our commitment to the 2022 cohort of Galaxy Leader Fellows.

All of those awarded have demonstrated extraordinary leadership, resiliency, and hope as they build power in their communities. Between 2019 and 2021, Galaxy Leader Fellows led varied efforts across the country to end mass incarceration and overly punitive laws and policies. For example, 2021 Galaxy Leader Fellow James Jeter served almost 20 years in prison before co-founding the Full Citizen’s Coalition to Unlock the Vote, which works to restore voting rights to formerly incarcerated people in Connecticut. In 2020, his work on behalf of voting rights was featured on the PBS show “The American Experience.”

The Galaxy Leader Fellowship is designed to support emerging leaders who share and inform Galaxy Gives’ vision of disrupting and ending mass incarceration, over-criminalization, and police brutality. The award is designed to provide support for existing work, as well as personal and organizational development training and wellness.  “Our goal is to engage leaders holistically, as more than the outcome of any given campaign or initiative,” explained Alex Duran, who manages both the program and the Foundation’s criminal justice portfolio.

The Galaxy Leader Fellowship is unlike any other. Not only does the Fellowship center the voice of those impacted by the criminal legal system, but it prioritizes being in sync with organizers and activists as this program evolves. To create something with organizers and activists is necessary, but to have the Fellowship actually be constructed by those directly impacted is transformative. Their input informs the way Galaxy Gives directs resources to people and communities made vulnerable by fundamental injustice.

Dreama Caldwell, who is executive director of Down Home NC, an activist group that started the first bail fund in rural America, says that she will use the fellowship support to develop her organizational leadership skills. Caldwell started in Down Home NC as a volunteer and worked her way up to executive director. As a result, she says, “I don’t have any formal organizing experience. This fellowship will give us the space we need to seek out coaching and be a part of a cohort that will help me hear and learn from other leaders.”

Wesley Caines, chief of staff at the Bronx Defenders, hopes to use the fellowship to create programs at his organization that could provide persons returning from prison the opportunity to learn the “soft skills” that are necessary to workplace success. “We can teach resume writing or business attire,” says Caines. “But we wanted to create a place where we could teach the more challenging things,” such as understanding and responding to workplace cultural expectations and social conventions.

“America is number one in the world in the number of incarcerated and justice-involved persons. This failed system has trapped tens of millions of Americans in cycles of poverty, recidivism, underemployment, and unstable housing—without adding to public safety,” said Mike Novogratz, founder of Galaxy Gives. “Galaxy Gives is dedicated to disrupting and transforming this failed system so we can heal the traumatized, survivors of violence, and harmed communities.”

Tiffany Crutcher is the founder of the Terence Crutcher Foundation (TCF), focusing on criminal justice and policing reform and policy advocacy. She was thrust into the national spotlight following the death of her twin brother Terence Crutcher, who was shot by a police officer in Tulsa while holding his hands in the air. The murder of her brother compelled Tiffany to speak out against police brutality, particularly the killing of unarmed black men. She has chosen to turn her personal tragedy into an opportunity to bridge fear and mistrust and help transform a justice system that has perpetuated injustice dating back to the 1921 Tulsa Race Massacre, when white rioters burned down her great-grandmother’s prosperous community of “Black Wall Street.”

Armand leads the Transformational Prison Project, working in tandem with three staff who are also system-impacted, as well as many facilitators, volunteers, and community partners. Armand is himself a system-impacted restorative justice practitioner who was introduced to RJ while incarcerated as a youthful offender. He has more than eight years of experience developing and leading restorative justice programming and helping thousands of young men heal through the process. He is also a member of the Harvard Kennedy School’s Roundtable on Racial Disparities in Massachusetts Courts and facilitates circles for first-year law students at Harvard Law School.

Hillary is the founder and executive director of For The People, working with system leaders and the community to reduce the number of incarcerated people serving excessive sentences. She is also a fierce advocate for victims of crime and spent many years focusing on crimes against women and children, as well as securing enhanced and stable resources for these victims.

Serena is the executive director of New Hour for Women and Children-Long Island, supporting women and children impacted by incarceration. Through her work, Serena provides direct-service programming in the Suffolk County jails and reentry support to women across the state returning to Long Island. Serena also leads the Long Island Social Justice Action Network focused on building power and decarceration efforts in Long Island.

Emani is the founder of The Omowale Project, working to help her community imagine and secure liberation for themselves and the collective. She has extensive experience working with and learning from healing practitioners, particularly those from and Indigenous backgrounds, whose modalities include massage therapy, crystal work, reiki, acupressure, and Ayurvedic medicine. Emani has spent decades serving directly impacted people and ran sole proprietor businesses supporting BIPOC-led nonprofit organizations.

Dreama is the executive co-director of Down Home NC, using her own lived experiences to build power in small and rural towns in North Carolina with the poor and working-class and fight for racial justice. Dreama was also a 2020 candidate for Alamance County Commissioner. She was the first black female to run for this position and the first black woman to win a primary election. Dreama did not win her election but won in many other ways. More than 34,000 people voted for her and Black voter turnout increased 42 percent, which was even higher than statewide Black voter turnout.

Jay Jordan is the vice president of Alliance for Safety and Justice (ASJ), overseeing all of ASJ’s state-based teams and reform advocacy efforts, as well as the #TimeDone National Director. Jay co-founded the organization’s #TimeDone campaign to organize people living with past conviction records to eliminate the barriers to opportunity that block them from success. He previously served as executive director of ASJ’s flagship state-based program, Californians for Safety and Justice (CSJ). Prior to his time at ASJ and CSJ, Jay was instrumental in recruiting and training church congregations in the South Los Angeles area for LA Voice PICO. He served as one of the lead organizers for the Campaign to Ban the Box for the city of Los Angeles and co-founded Faith in Action, a group of crime survivors in the Westmont area of Los Angeles working to transform their community by employing an asset-based community development strategy.

Lola N’sangou (pronounced “Sango,”) is the executive director of Mass Liberation Arizona, building a movement for abolition in the nation’s fifth most incarcerated state. Lola has been organizing to change the criminal punishment system since she was incarcerated from 2003 to 2014. While incarcerated, she organized around conditions of confinement, medical neglect, and legal prisoner rights claims. In 2010, she co-founded Humanities Behind the Walls (HBW), a collective of organizers, artists, and educators who partnered with Arizona State University’s School of Social Transformation to bring the study of humanities to prisoners and provide participants access to grassroots organizations and campaigns.

Wesley is the chief of staff of The Bronx Defenders, spearheading the organization’s systemic reform efforts which includes overseeing the policy, impact litigation and community organizing teams.  Prior to his current role, he was director of reentry and community engagement, roles that allowed him to work closely with directly impacted communities in understanding and developing strategies to overcome barriers that perpetually punish those ensnared in government systems.

Mike Milton is the executive director of the Freedom Community Center, working to eradicate injustice and to empower communities through a combination of grassroots organizing, nonprofit leadership, and gospel ministry. Through his work, Mike is dedicated to building a movement of survivors of harm that will meaningfully address violence, both interpersonal and systemic, in St. Louis. Prior to founding the Freedom Community Center, Mike served as the statewide policy and advocacy manager for The Bail Project, a national organization working to eliminate the use of cash bail and decriminalize poverty through a revolving bail fund.

Andrew is the co-founder of Louisiana Parole Project, helping men and women in Louisiana who, like him, were given extreme prison sentences. He carries many titles: non-profit organization leader, coalition member, mentor, advocate, and college graduate, but it was not that long ago when he carried the label “juvenile lifer.” In June 2016, Andrew became the first juvenile lifer in Louisiana to be paroled following the U.S. Supreme Court’s Miller and Montgomery rulings that prohibited the mandatory sentencing of children to life without parole— the Louisiana Committee on Parole recognizing that he was not the same 15-year-old who went to prison in 1997.

Kenyatta is a singer and songwriter, collaborating with other musicians in prison and out to impact the world musically and to form initiatives like Voices From Within to address gun violence and serve the children of incarcerated parents. He has shared his music from Sing Sing to Carnegie Hall, offering a full live concert the same day of his release after serving 24½ years in prison. Kenyatta’s music and message explore the beauty of life, love, and the human condition, reminding us of all that we hold in common.

Jozben Barrett is an actor, director, producer, educator, and event emcee. He is the founder and Artistic Director of 2Rhythms, a multidisciplinary arts organization that develops works focusing on the untold and under-told stories of communities of color.